Dave Helgeson has been around travel trailers his entire life. His grandparents and father owned an RV dealership long before the term “RV” had been coined.

There are two problems with free camping apps RVers need to be aware of when looking for free boondocking spots.

The Downside of Free Camping Apps for Boondocking

My wife and I prefer free campsites, especially boondocking. I have noticed two recurring problems with all the apps for free camping sites as they have become more popular.

1. Everybody knows about the free campsites

“Suddenly, overnight, every monkey on the island took it as the norm. It is what is now described as the point at which ‘critical mass’ had been reached … the tipping point for all other monkeys to follow suit.”

I consistently see RVers ask on social media how to find free places to camp.

When my wife and I first started boondocking 15 or so years ago there were no apps. We found free camping sites (still do) in advance by:

Now, the hundredth money effect spreads information via the top free camping apps. Every RVer quickly learns where the “known” free camping spots are located. They do it with literally a push of a button, no research required. RVers can use a free campsites app to effortlessly direct them to a site.

Free camping apps also lead to overcrowding. And most campers don’t know there are likely many more free camping options nearby that aren’t listed.

As an example, there is a free camping listing south of Beatty, Nevada known as Bombo’s Pond on many free camping apps. When my wife and I last drove by the ponds, just off Hwy 95, there were at least two dozen RVs crammed into the area. Literally just up the highway a half mile on the opposite side of the road is BLM land where you can also camp for free. This spot was empty. It isn’t listed on any of the free camping apps.

Keep the hundredth monkey in mind when using free camping apps. There is likely a much better free camping spot in the vicinity, rather than the exact spot listed.

I touched on the incomplete part of free camping apps in my Bombo’s Pond example above. Here’s an even bigger idea on how incomplete and inaccurate these apps are. I will use a recent RV trip of my own to illustrate.

This past summer I wanted to explore a historic mining district in North Central Washington. The area known as the Ruby Mining District lays southwest of the town of Conconully. To get an idea of what free camping options existed in the area I looked at several of the free camping apps. One or two showed one spot. The other apps showed no options.

The one free camping site listed was a sno-park used by snowmobilers in the winter.

There were no reviews for the site. A quick online outdoors apps search revealed it was located on private property. Sno-parks are typically located on public forest service land. They’re usually fair game for free camping. This one is obviously leased just for winter use.

When we passed by this spot during our visit a “No Camping” sign confirmed the inaccurate listing on the free camping app. I suspect whoever listed it just assumed it was okay to camp for free like many other sno-parks in the state.

I eliminated the sno-park. It only took me about fifteen minutes of online research to find four unlisted free boondocking sites. I also found two other potential sites on my own using Google Earth.

Upon arrival we had our choice of the four boondocking spots. No other RVers showed up during our weeklong stay. Our stay was during prime camping season as confirmed by the packed campgrounds we passed on our way to the free spaces. Had they been listed on free camping apps, I am sure there would have been monkeys other RVers there.

All the best free camping apps provide some useful information.

RVers just need to be aware of the shortcomings. A little extra research goes a long way towards finding free campsites that work best for you.

How to Find Free Campsites (and Paid Campgrounds, Too)

Don’t let your search for free campsites end in frustration. The RV LIFE Campground Reviews app shares the best, most current information about free campsites and paid campgrounds too. 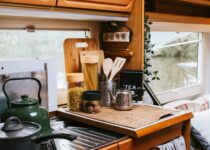 After over a year of full-time RVing, we’re sharing our favorite affordable RV storage tips and space-saving gadgets. 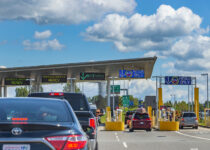 What does crossing the Canadian border in an RV look like today? A full-time RVer shares her experience at the Canada-US border crossing. 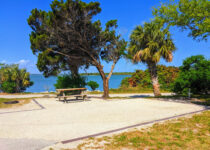 Florida is an excellent snowbird destination, and the vast majority of the state’s campgrounds and RV resorts are open for business 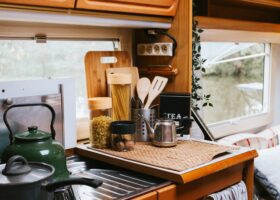 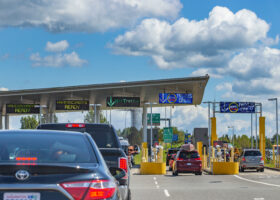 Crossing the Canadian Border in an RV Was Easy! 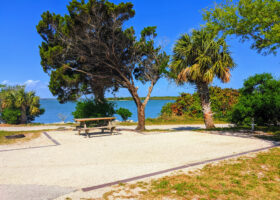 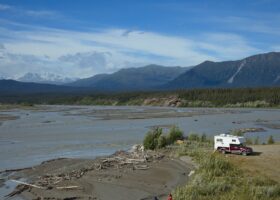 The 2 Problems With Free Camping Apps